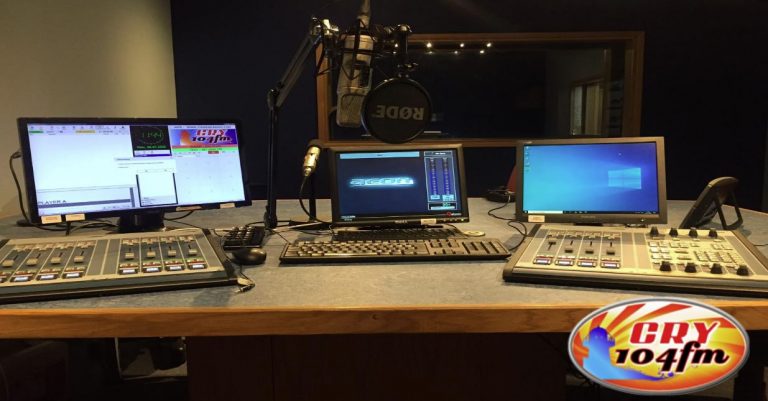 Broadcasting to Youghal Town and the surrounding areas of East Cork and West Waterford on 104FM.

Community Radio Youghal, is an independent, non-profit community radio station. We seek to Inform, entertain and educate our audience; to reflect the diversity of the local and online community, and to provide a channel for individuals, groups or those under-represented by other media, encouraging inclusiveness and accessibility through the medium of broadcast.

Congratulations to the winner of the €25 voucher courtesy of f Catherine McCardle please contact the station on 024 91199 to claim your prize ... See MoreSee Less

Youghal Community Health Project is planning to make Friday 14th May a Feel Good Friday. Check out their facebook page to see how you can get involved. ... See MoreSee Less

Well done to all involvedThe volunteer crew of Youghal RNLI were paged today (Tuesday 4 May) at 4.31pm to a report of two people in a small boat who had failed to return from a pleasure trip in the Redbarn area of Youghal Bay.

Arriving in the area 8 minutes later, the lifeboat crew located the 2 people in the small, 2.5m boat approximately 1 mile off shore from Redbarn beach. They were struggling to row the vessel against an ebbing tide and a north-westerly force 5/6 offshore wind after the engine had failed.

Both casualties, who were wearing lifejackets, were brought aboard the inshore lifeboat, where it was established all was well with them. The boat was then towed safely back to Redbarn beach. The two people were then handed over into the care of the awaiting Youghal Coast Guard unit. No medical assistance was required.

Speaking after the call out Mark Nolan, Youghal RNLI Deputy Launching Authority said: ‘Today’s rescue highlights the importance of always letting someone know an estimated time of your return. Had friends and family of these people not been expecting them and had not raised the alarm when they didn’t return, the outcome could have been very different. They did the right thing in calling 112/999 and asking for the Coast Guard’

He went on to say ‘Today’s shout out was the fourth one in a week, I’d like to thank all our volunteers for responding to their pagers in what has been one of the busiest weeks in our stations history’

All volunteers. Thank you for your service. It’s reassuring to know the RNLI Volunteers are always on hand. Please support this essential service. We never know when we might need to call them for help

Well done to all, glad there was a happy ending.